The best venue for the festival

The industrial style and historic ambience of Technopolis in Gazi, creates a charming contrast to organic products and the attitude of healthy living, giving the festival a rare beauty.

The Bio Festival will take place in the perfect season, on May 7-9 2021, at the Technopolis of the City of Athens in Gazi, in the city centre. The historic gas factory of Athens, with the industrial museum buildings, the paved streets and the general layout and aesthetics of its premises, is the ultimate natural décor for this festival. The fact that it is right next to the Metro exit of Kerameikos and that in people’s minds has been associated with special quality events, creates the conditions to attract tens of thousands of visitors.

The factory was built in 1857 by the French investor Francois Theophile Feraldi, who had been contracted with the work of providing the capital’s public lighting. Thirty years later, the business’ management passes to the Italian Giovanni Baptista Serpieri, who modernised and expanded the gas production unit. Coal energy is now also intended for use at homes. In 1938, factory ownership passes to the City of Athens. However, after the war, the consumption of gas begins to decrease. In 1984, the retorts close and two years later the Ministry of Culture declares the area a historical monument. The first art exhibitions and events are hosted at the factory’s premises in 1999, and ever since 2013, the factory has been housing the Industrial Gas Museum.

Attention: Technopolis has no parking! 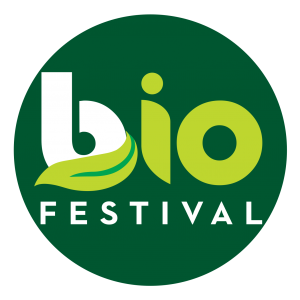 FREE ENTRANCE
To Bio Festival for all on Monday 13 May!