The exhibitors were excited with B2B deals and retail sales

The exhibitors of the 1st Bio Festival seemed doubly pleased while they concluded commercial agreements and saw their retail sales launch!

With big smiles on their faces, Bio Festival, the city’s first big organic fiesta, was completed. The exhibitors were rewarded for the confidence they showed in this event, which, from its maiden festival, showed that it has great potential and a bright future. During the three days of the Bio Festival, a total of 7,500 visitors came by Technopolis, of the Municipality of Athens, with many professionals among them, looking for collaborations with newly established producers and suppliers. Thus, the 70 exhibitors had the opportunity to hold a number of B2B meetings with executives and business owners who already sell organic and natural products as well as those who want to add them either on their shelves or in their menu. Businessmen from enterprises such as delicatessens, groceries & gourmet stores, super markets & mini markets, butcher shops, bakeries, restaurants, cafes, hotels, pharmacies had a “dynamic” presence with great commercial outcomes for the exhibitors. These b2b meetings that took place during the exhibition brought many new collaborations, according to the exhibitors, who are sure that they will close or renew a large number of deals in the coming months with some of the businessmen with whom they met at the Bio Festival. The exhibitors were also especially pleased and satisfied by the fact that the regular consumer audience showed great interest in their products and that the vast majority of them bought products from almost all of the exhibition’s stands. And indeed, the smiles of satisfaction came from the very first day as many retailers saw their shelves go empty, forcing them to reload!

The satisfaction of the exhibitors is reflected in their statements and especially in the fact that before even the curtain of the festival had fallen, they expressed their intention to take part in the next event. “70-80% of those that visited our stand purchased a product; this is something we were not used to in other exhibitions”, “Despite being the first time, there was considerable activity”, “this festival should become an institution”, “We have several visitors interested in B2B collaborations and most are from places outside Athens”. These are some indicative quotes that came out of the exhibitors’ mouths and give a small yet distinctive picture of what happened at the 1st Bio Festival. 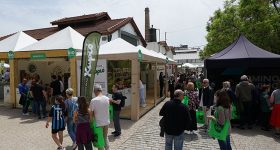 Bio Festival is coming to an end 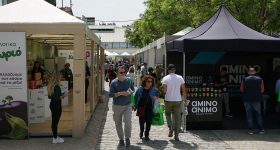 The 2nd day of the festival ended with absolute success 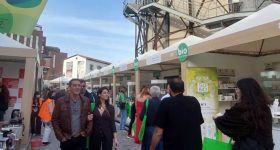